Deployment of atmospheric instrumentation from the AEMet Izaña Atmospheric Research Centre (CIAI), to monitor the emissions of gases and particles resulting from the volcanic eruption of Cumbre Vieja (La Palma)

The Izaña Atmospheric Research Centre (CIAI), which is part of the State Meteorological Agency (AEMet), has deployed two measurement stations on the island of La Palma to monitor the emissions of gases and particles resulting from the volcanic eruption of Cumbre Vieja.

The station located at the Tazacorte Town Hall, to the west of the main vent and source of emissions, is equipped with instrumentation to measure the air quality of this populated area, especially surface-level concentrations of sulphur dioxide (SO2), one of the main gases emitted by the volcano and which, in high concentrations, can be harmful to the population. Since its installation on September 24, 2021, all concentrations recorded have been within normal and expected thresholds (below 10 µg / m3), although specific, short-term peaks of up to 150 µg / m3 have been recorded due to atmospheric recirculation in the valley. The station supports the instruments deployed by the Cabildo Insular de La Palma and Canary Islands Government to provide detailed monitoring of the air quality all over the island of La Palma, and especially in the areas affected by the volcanic emissions. 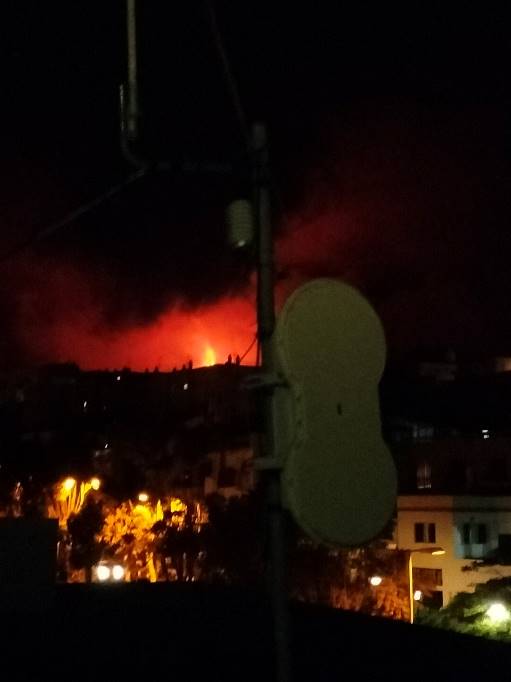 Because the gases produced by the volcanic eruption are injected into higher layers of the atmosphere, they can be transported long distances by the circulation of the prevailing winds in the region. Therefore, since the eruptive event began on September 19, abnormally high SO2 values have been recorded at the Izaña Atmospheric Observatory, also managed by CIAI-AEMet, at 2.4 km above sea level (in Tenerife). Specific and isolated peaks have been registered, reaching over 1000 µg/m3 on one occasion, and are significantly higher than the almost zero background values normally observed at the observatory, given its special free troposphere conditions (not directly influenced by anthropogenic emissions).

The other measurement station deployed by the CIAI in the south of the island (at the San Antonio Volcano Visitor Centre in Fuencaliente) is dedicated to solar photometric measurements using remote sensing techniques. Its objective is to study the characteristics of the particles emitted by the volcanic eruption, their vertical distribution, as well as the gaseous composition of the plume. This information is vital to making estimates of the evolution of the plume and to build a sound and extensive description of its characteristics. This station, co-managed by CIAI-AEMet and the University of Valladolid (UVa), complements the existing solar photometry station at the Roque de Los Muchachos Observatory to monitor aerosol concentrations in background conditions. 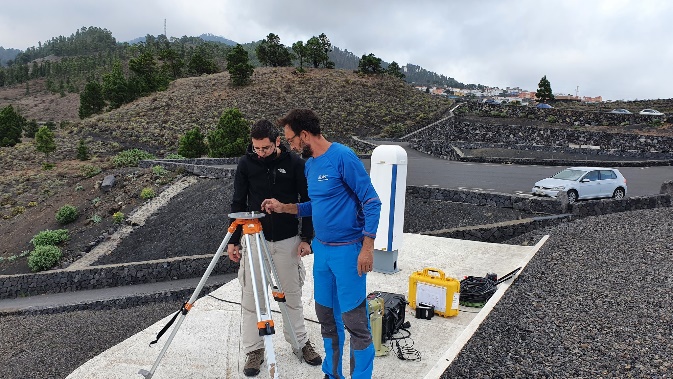 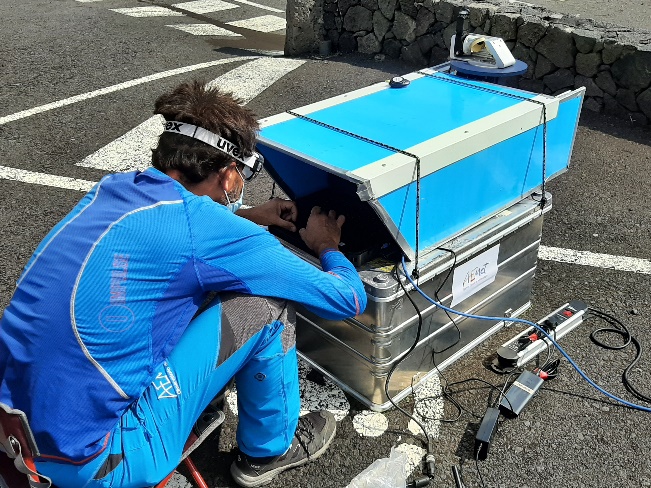