IARC Greenhouse Gases and Carbon Cycle program deals with the measurement of the main greenhouse gases, but also with carbon monoxide measured with a GC-RGA3 due to: a) the measurement scheme (gas chromatography, and the use of working standards and Izaña standards) is similar to that used with some greenhouse gases, b) carbon monoxide affects the atmospheric burden of methane. 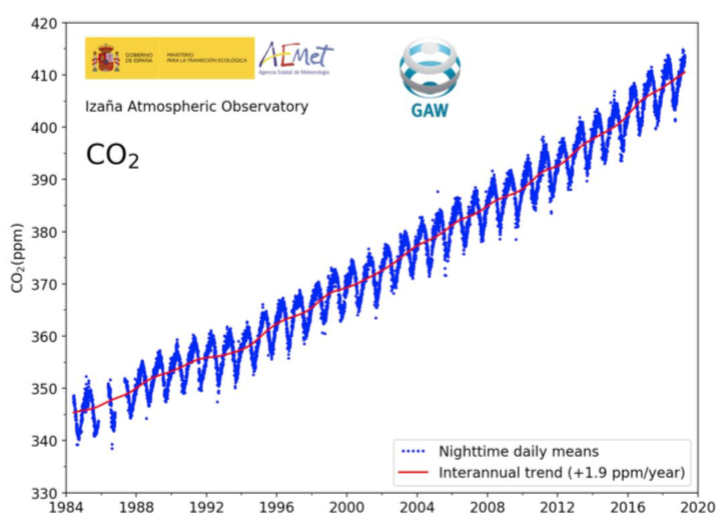 The main goal of the Greenhouse Gases and Carbon Cycle programme conducted by IARC is to carry out highly accurate atmospheric long-lived greenhouse gas (GHG) in situ continuous measurements at IZO in order to contribute to the GAW-WMO programme, following the GAW recommendations and guidelines. Additional goals are: 1) to study with precision the long-term evolution of the GHGs in the atmosphere, as well as their daily, seasonal and inter- annual variability; 2) To incorporate continuously technical instrumental improvements and new data evaluation and calibration methodologies in order to reduce uncertainty and improve the accuracy of the GHG measurements; 3) to carry out research to study the processes that control the variability and evolution of the GHGs in the atmosphere; and 4) to contribute to international research and its documentation via recommendations and guidelines.

In addition, since 2017 there has been a growing demand to provide reliable near real time GHG data for data assimilation by atmospheric models, to study the impact of certain large-scale phenomena (e.g. large wild fires), to exchange data with the remote sensing community, and to inform policy makers since GHG information is now an object of great social interest and great media impact. This new paradigm demands an enormous effort and a technical challenge by having to combine the classic evaluation of very precise background data (a task that can take at least 6 months) with the delivery of data of an acceptable quality and minimally validated within a few hours or minutes of being obtained. These new tasks must be incorporated with the same team of technicians and researchers. 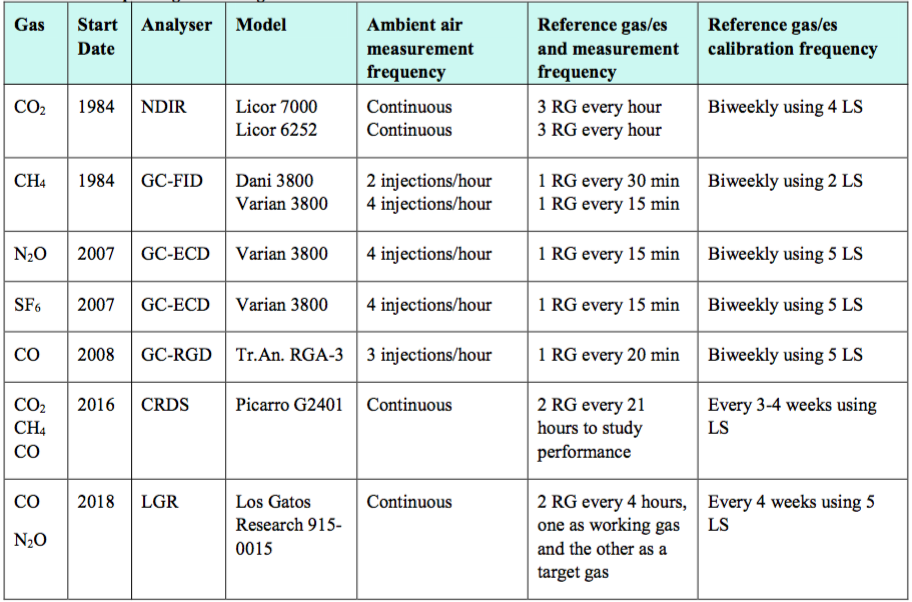 Table 1: Details of the atmospheric greenhouse gases measurements currently performed at IZO using in situ analysers (owned by AEMET) and some details about the measurement schemes. 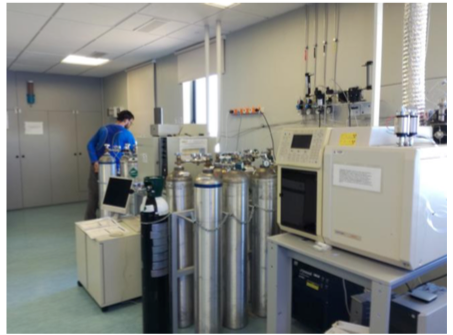 The air inside the flasks has been measured for the following gas specie mole fractions: 1) CO2, CH4, CO, and H2 since 1991; N2O and SF6 since 1997 (both sets measured by NOAA/ESRL/GMD CCGG); 2) Isotopic ratios Carbon- 13/Carbon-12 and Oxygen-18/Oxygen-16 in carbon dioxide since 1991 (measured by the Stable Isotope Lab of INSTAAR); 3) Methyl chloride, benzene, toluene, ethane, ethene, propane, propene, i-butane, n-butane, i-pentane, n- pentane, n-hexane and isoprene since 2006 (measured by INSTAAR) In situ measurement of Methane since 1984 using GC-FIDs 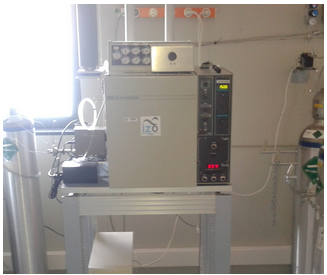 The main part of the measurement system is a gas chromatograph GC-3800 DANI with a flame ionization detector (FID). Upstream of the GC sample loop (10 ml size), a cryocool trap is used to reduce the dew point of ambient air to -65 C. The instrument is calibrated every 30 minutes using a working gas tank (at minutes 15 and 45 every hour). The working gas tank is calibrated every two weeks against the methane Izana standards (provided by WMO GAW CH4 CCL). Four samples are automatically measured every hour: at 00 and 30 minutes the sample is ambient air, at 15 and 45 minutes the sample is working gas. Physical data for each ambient air injection are obtained using the two bracketing instrument calibrations (injections of working gas).

Additionally, there is a GC-FID Varian in operation. 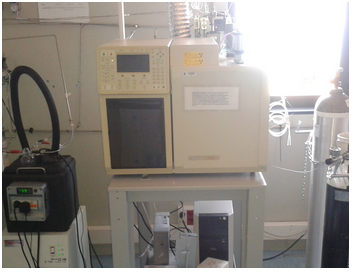 In situ continuous measurement of CO2, CH4 and CO since 2016 using a CRDS spectrometer 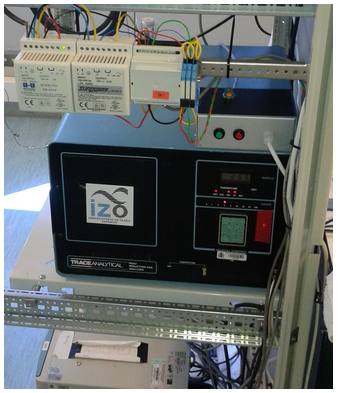 The two general ambient air inlets which provide ambient air for all instruments that analyse it, are 8cm inner diameter (ID) stainless steel pipes, and have a high flow rate. These inlets are situated on top of the building tower; the height above the ground has changed through the years: 13 m (1984-2000), 8 m (2000- May 2005) and 30 m (from June 2005). The measurement systems for greenhouse gases and carbon monoxide are located in two laboratories on the third floor of the Izaña Observatory tower.

The central facility which distributes chromatographic gases (nitrogen, hydrogen, synthetic air, argon/methane 95%/5%) is located on the ground floor. At the same floor, there is a system to fill tanks with dried ambient air (operated by AirLiquide Canarias) with the desired slightly modified levels of carbon dioxide, in order to create working standards. This system is similar to the system which NOAA/ESRL/GMD uses to fill standards.

Some External Links with IARC Contribution

IARC contributes to the computation of CO2 global distribution that carries out the Japan Meteorological Agency using an inversion model.

Gomez-Pelaez, A.J., “A brief overview of the theory of flow along GC packed columns and some practical consequences for measuring atmospheric CH4, N2O, and SF6” in GAW Report (No. 186) of the “14th WMO/IAEA meeting of experts on carbon dioxide, other greenhouse gases, and related tracers measurement techniques (Helsinki, Finland, 10-13 September 2007)”, edited by Tuomas Laurila, World Meteorological Organization (TD No. 1487), 60-64, 2009 (download pdf)