The article discloses in an informative way the observations of one of the strongest desert intrusion events that occurred in the Canary archipelago, which was recorded from February 22 to 25, since there are instrumental records on the islands. In fact, the presence of the haze, as this phenomenon of arrival of air masses from the African continent loaded with mineral dust due to the proximity to the Sahara, has been mentioned, is nothing new. The episodes of Saharan intrusions that occurred in the Canary Islands have been documented since the 19th century, in writings of the time a sample of “land rain on the night of February 22, 1883 in Tenerife”; on the other hand Darwin in 1832, upon arrival at Santa Cruz de Tenerife harbor, describes a situation of intense haze; another widely described reference is that of February 1898 and the presence of large amounts of suspended dust that is also reflected in many ancient texts. This type of atmospheric phenomena are very recurrent in the Islands, although the most intense events only occur one to three times annually, constituting one more threat in the Canary climate (Dorta et al., 2005). 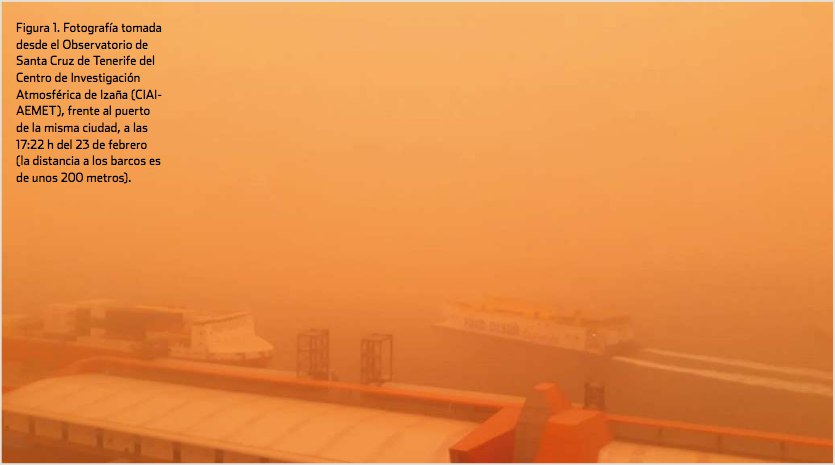