Meeting at the Izaña Atmospheric Research Center (IARC) of the members of the EURAMET EMPIR-MAPP project and campaign for the measurement of extraterrestrial solar/lunar spectra.

Aerosols are minor and one of the least known atmospheric components, which have generally been given a discreet role in climate studies. However, in recent decades, and as a result of the latest reports from the Intergovernmental Panel on Climate Change (IPCC, www.ipcc.ch), we have discovered that they play a key role within the climate system, since they affect the amount of energy that the system is capable of scattering and/or absorbing, as well as strongly affecting precipitation processes. They also affect air quality, people’s health, the economy and the environment. In general, it is estimated that the scattering effect exerted by aerosols on the solar radiation that reaches our planet dominates over the absorption effect, although in reality it is a complex balance influenced by multiple factors. It is assumed that atmospheric aerosols exert a cooling effect of the climate system on a global scale, which could counteract, at least in part, the warming exerted by greenhouse gases. However, and despite recent efforts to increase and improve the observations of these complex atmospheric components, our knowledge of the interaction with the rest of the components of our atmosphere is still very poor, which prevents us from making a reliable quantitative assessment about its effect on the climate. In this sense, the European project EMPIR-MAPP (Metrology for aerosol optical properties, 2020-2023), financed by EURAMET (European Association of National Metrology Institutes, https://www.euramet.org), starts with the general objective of improve our understanding of the role that aerosols play in our atmosphere by improving the observation of these components and the intercomparability of the different measurement networks that are currently dedicated to monitoring these components. It is a reference project for the scientific community in which the main European metrological services participate (Finland, the Czech Republic, the United Kingdom, Switzerland, Germany and the Netherlands), joined by other institutions such as AEMET. In total, 24 public and private organizations from around the world are involved. Our meteorology agency has been commissioned to organize a measurement campaign to obtain extraterrestrial solar and lunar spectra traceable to the International System (SI) as well as to organize the fourth meeting of EMPIR-MAPP participants. The measurement campaign will take place at the IARC for 3 weeks, from the 3rd to the 24th of September (Figures 1 and 2). This campaign will involve the most sophisticated instrumentation to date for measuring solar and lunar irradiance using remote sensing techniques from the Earth’s surface, including the reference spectral radiometer for the World Radiometric Center (QUASUME), three spectrometers per Fourier transform in the infrared (FTIR), belonging to the National Physical Laboratory (United Kingdom) and AEMET (Figure 2), as well as reference solar and lunar photometers of the three most important global networks dedicated to the measurement of aerosols (NASA’s AERONET, the of the Global Atmospheric Watch, GAW, of the World Meteorological Organization, WMO, and the SKYNET network). More than 30 instruments for measuring aerosols will be involved in the aforementioned international campaign. 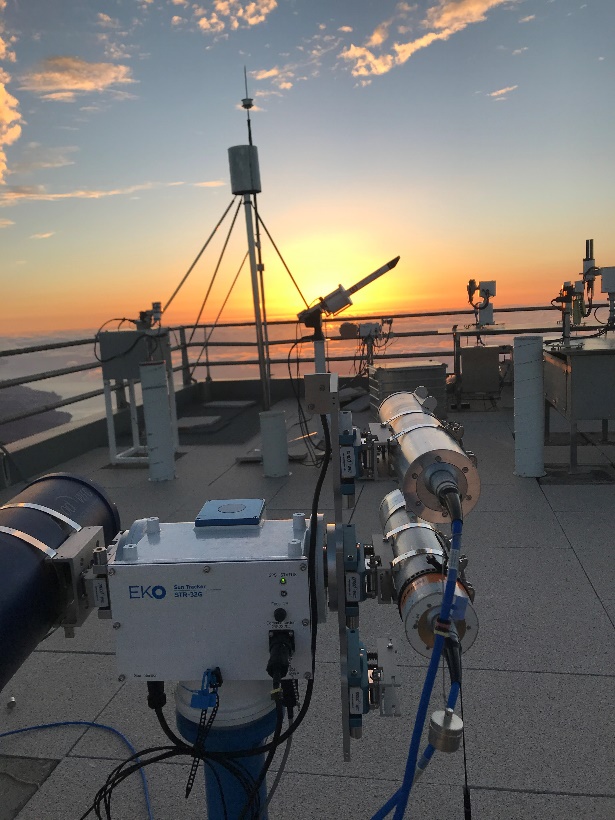 Figure 1. View of the sunset from the roof of the Izaña Atmospheric Research Center during the EMPIR-MAPP campaign. In the first place, the PFR (Precision Filter Radiometer) radiometers and the PSR (Precision SpectroRadiometer) spectroradiometer of the World Radiometric Center appear, and in the background you can see spectrometers of the GigaHertz company, the PREDE radiometer (reference of the SKYNET network) and the PANDORA spectral radiometer, from the Austrian company Luftblick. 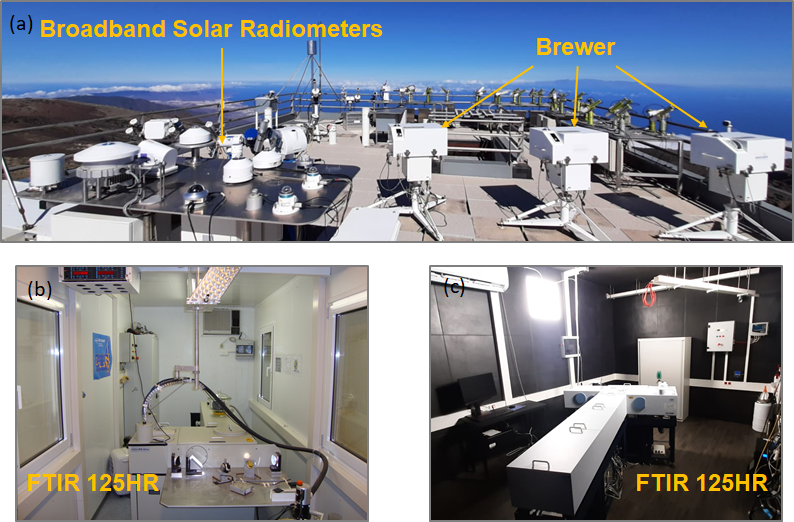 Figure 2. (a) View of the roof of the Izaña Atmospheric Research Center during the EMPIR-MAPP campaign. Pictures of the two Fourier transform spectrometers (FTIR) belonging to AEMET ((b) and (c)).

Likewise, the fourth meeting of the EMPIR-MAPP project took place at the IARC on September 8 and 9, 2022 (Figure 3), with the participation of most of the project partners. 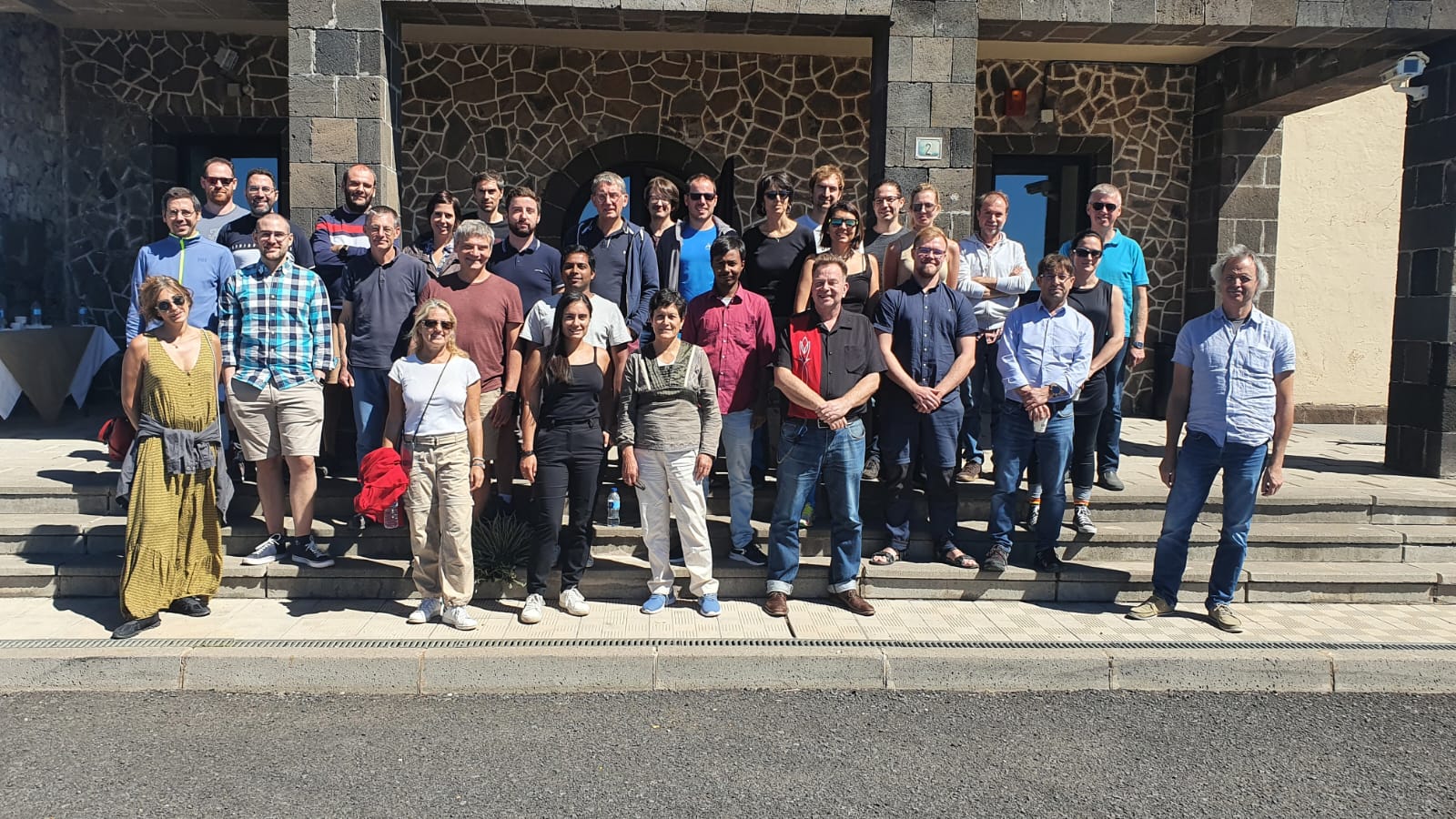 Figure 3. Participants in the fourth meeting of the EMPIR-MAPP project at the Izaña Atmospheric Research Center on September 9, 2022.