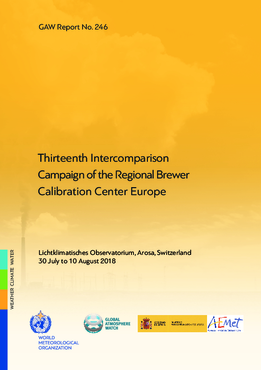 This thirteenth campaign was a joint exercise of the Regional Brewer Calibration Center for Europe (RBCC-E) and the Regional Dobson Calibration Center (RDCC-E) with the support of MeteoSwiss and of the Global Atmosphere Watch (GAW) Programme of the World Meteorological Organization (WMO). The report presents a summary of the campaign, including the comparison of the RBCC-E travelling reference to the Brewer triad operating at the Izaña Atmospheric Observatory (AEMET) before and after the travel, and a detailed analysis for each of the participating instruments.

Figure 1: Setting up the instruments at the Davos observatory

The following operations were performed by the RBCC-E during the intercomparison:

● Ozone calibration against the RBCC-E travelling reference (Brewer #185). This spectrophotometer is part of the Brewer triad maintained by the Izaña Atmospheric Research Centre (IARC) of the State Meteorological Agency of Spain (AEMET).

● Compilation of the calibration histories of the participating instruments.

● Evaluation of the Level 2 Eubrewnet ozone data for the period between intercomparisons.

The initial Brewer comparison results (using the instruments’ original calibration constants) indicates that all of the instruments present an ozone deviation lower than 1% with respect to the reference (see Fig. 2) if the SL correction is applied; note that the comparison is performed limiting the ozone slant column to 900DU, to exclude the observations affected by stray light. After the maintenance tasks in Brewer #044 and with the application of the determined stray light corrections, the agreement with respect to the reference was lower than 0.5% in all the instruments (Fig. 3).

The report is a joint publication WMO and AEMET available here, the spanish version will soon be available. 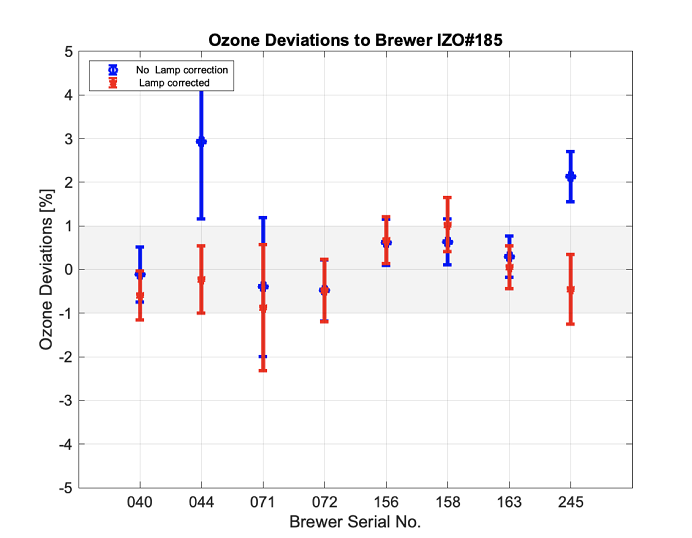 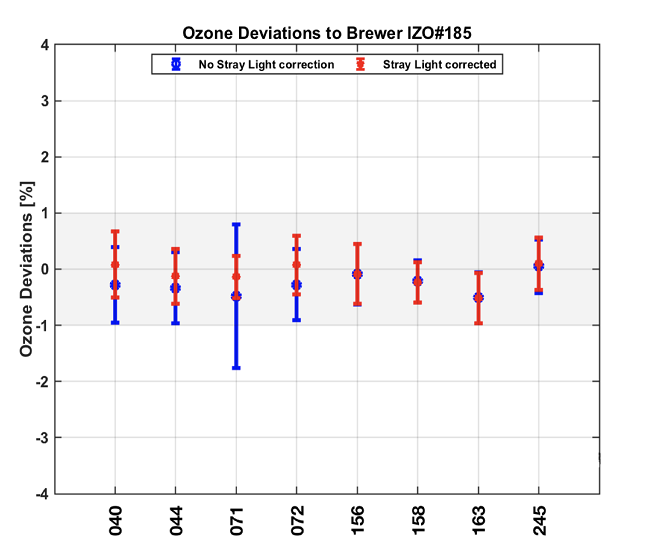