By injecting aerosols and gases into the atmosphere, volcanoes significantly affect global climate, force changes in atmospheric dynamics, and influence many distinct cycles such as hydrological, carbon, and biogeochemical cycles. However, the irregular temporal and spatial distributions of volcanic processes and their effects are still poorly characterised. The volcanic eruption on La Palma (Canary Islands, Spain), which occurred in the autumn of 2021, presented an outstanding opportunity to improve the current understanding of these natural phenomena. The special conditions at the Izaña Observatory (IZO, Tenerife) and its proximity to La Palma (∼140 km, Figure 1) make it a strategic site for the comprehensive study of the almost unperturbed volcanic plume including the climate effects.
In this context, this work presents the estimation of the spectral direct radiative forcing (∆F) and efficiency (∆Feff) from solar radiation measurements performed with an EKO MS-711 grating spectroradiometer at IZO during three events characterised by the presence of different types of aerosols: fresh volcanic aerosols, Saharan mineral dust, and a mixture of volcanic and Saharan dust aerosols.

Figure 1 (a) Image captured by the Moderate Resolution Imaging Spectroradiometer (MODIS) sensor onboard the National Aeronautics and Space Administration (NASA)’s Terra satellite (https://worldview.earthdata.nasa.gov) on 24 September 2021, where the locations of the Izaña Observatory (IZO), Santa Cruz Observatory (SCO) and the volcano on La Palma are indicated with red dots. (b) Image of the volcano taken from Izaña Observatory. (c) Image of the volcano on La Palma (LuzLux/AEMET).

Despite the ∆F of the volcanic aerosols being greater than that of the dust events (associated with the larger aerosol load present), the ∆Feff was found to be lower (Figure 2). 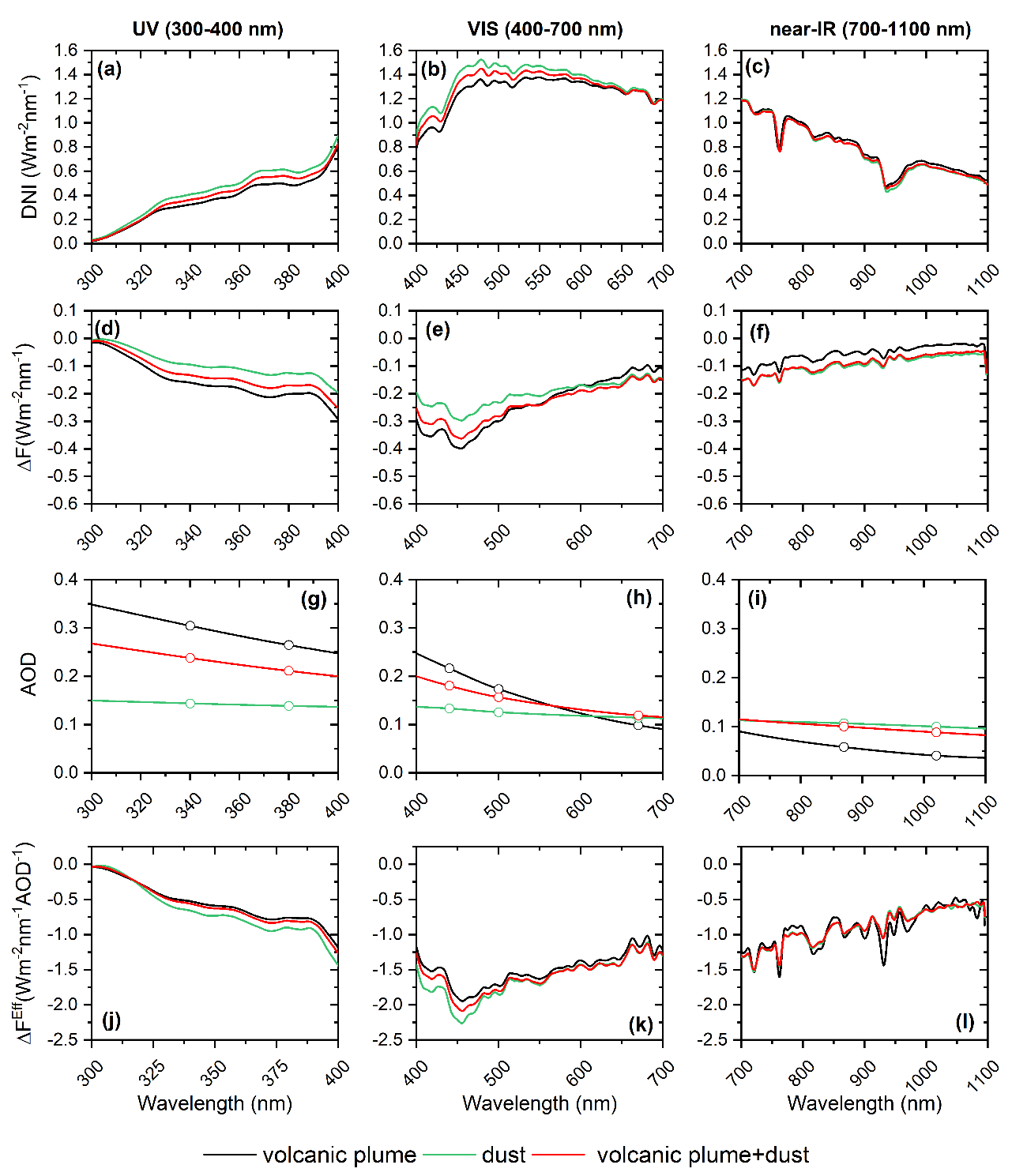 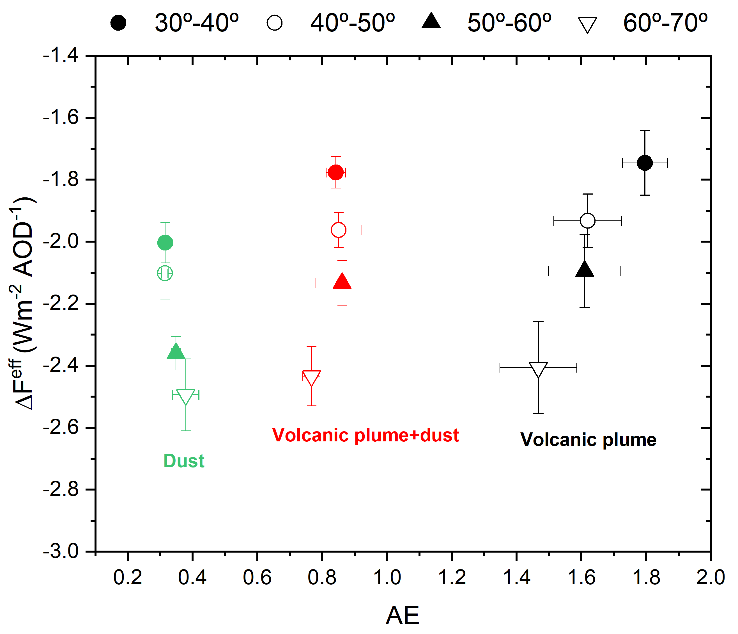