Ángel J. Gómez-Peláez, from the State Meteorologist Corps of Spain, successfully defended his PhD thesis at the University of Granada on December 4, 2018, obtaining the maximum score. The thesis was developed within the PhD program of Physics and Space Sciences of the University of Granada. The thesis entitled “Measurement and transport of atmospheric greenhouse gases, carbon monoxide and Saharan dust, with special emphasis on the subtropical Northeast Atlantic free troposphere” was conducted in the modality of compendium of scientific publications. The thesis core was based on three papers published in the years 2013, 2016 and 2017 in international scientific journals of the first quartile in the impact index.

Ángel Gómez-Peláez had been working at the Izaña Atmospheric Research Center (IARC) of AEMET from 2005 until 2017, being responsible for the Greenhouse Gases and Carbon Cycle Programme of the IARC and cooperating occasionally in other CIAI’s research programmes. He is currently the Territorial Delegate of AEMET in Asturias. He has authored/co-authored 23 scientific articles in per-review international reviews. Those articles have been cited already 589 times.

In this thesis, data from IARC monitoring programmes and results obtained in the frame of scientific collaborations on greenhouse gases and mineral dust were used. The thesis supervisors were Emilio Cuevas-Agulló (IARC, head) and Fernando Moreno-Insertis (Institute of Astrophysics of the Canary Islands-University of La Laguna), and the academic tutor was Francisco José Olmo-Reyes (University of Granada).

This is the thirteenth doctoral thesis co-supervised by AEMET researchers at the IARC. The PhD dissertation will soon be published with electronic ISBN by the University of Granada, and the corresponding link will be implemented at the doctoral theses section of the IARC website. The slides used during the thesis defence are available at: 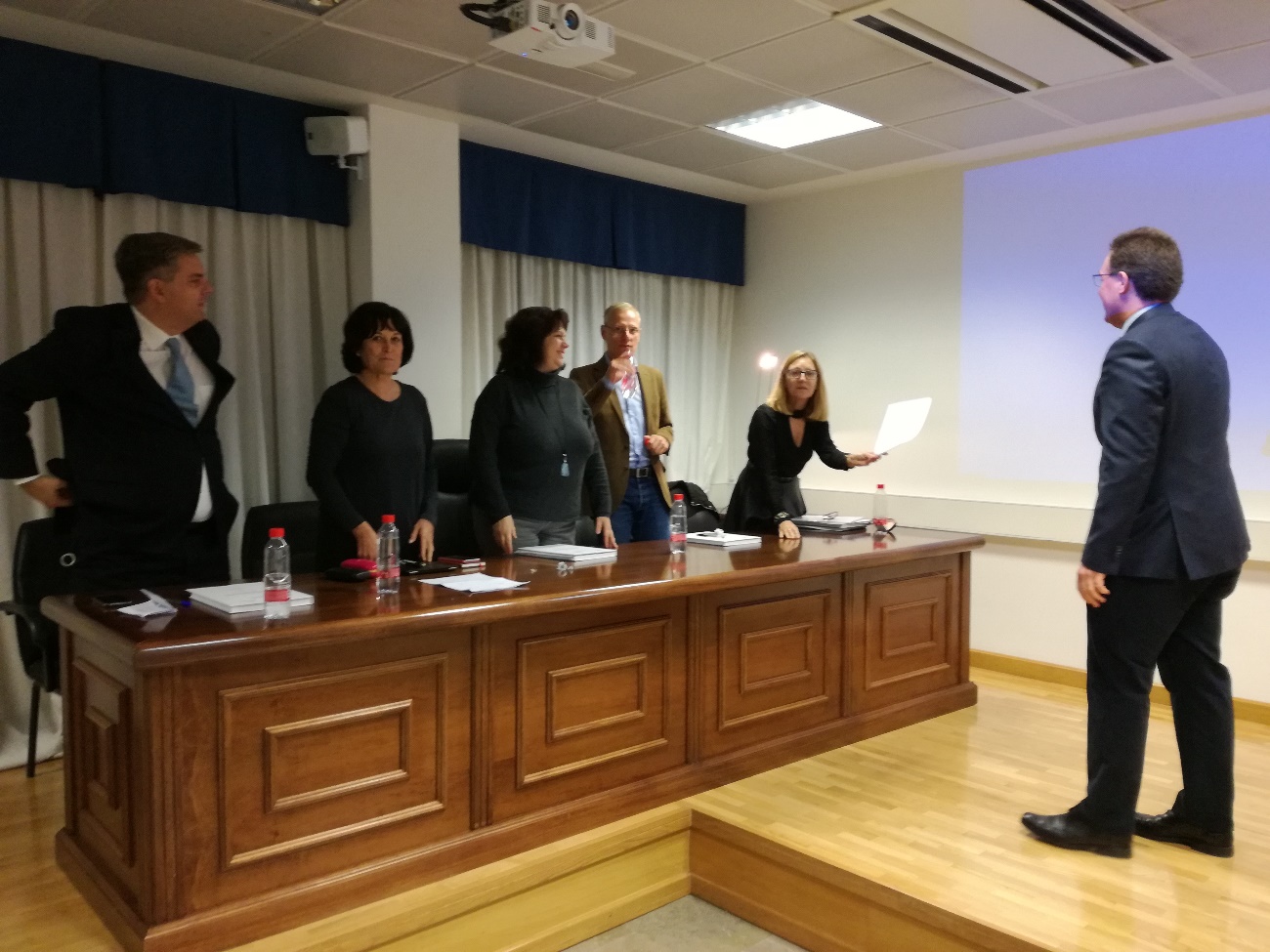