Expected to land on Mars in February 2021, NASA’s Mars 2020 mission began in July 2020 with the launch from Cape Canaveral (Florida) of the Atlas V rocket with the Perseverance rover in it. The key objectives of this mission are to seek signs of ancient life and gather rocks and soil samples for a possible return to Earth. On-board, the Mars 2020/Perseverance rover (Figure 1) is equipped with seven different instruments specially designed to conduct unprecedented scientific experiments on the Red Planet. In particular, the Mars Environmental Dynamics Analyzer (MEDA) instrument was designed to perform weather measurements including radiation, wind speed and direction, temperature and humidity, and also to measure the amount and size of dust particles in the Martian atmosphere. MEDA is an environmental suite of sensors developed by some research centers and led by the Spanish Centro de Astrobiología (CSIC-INTA) in Madrid. 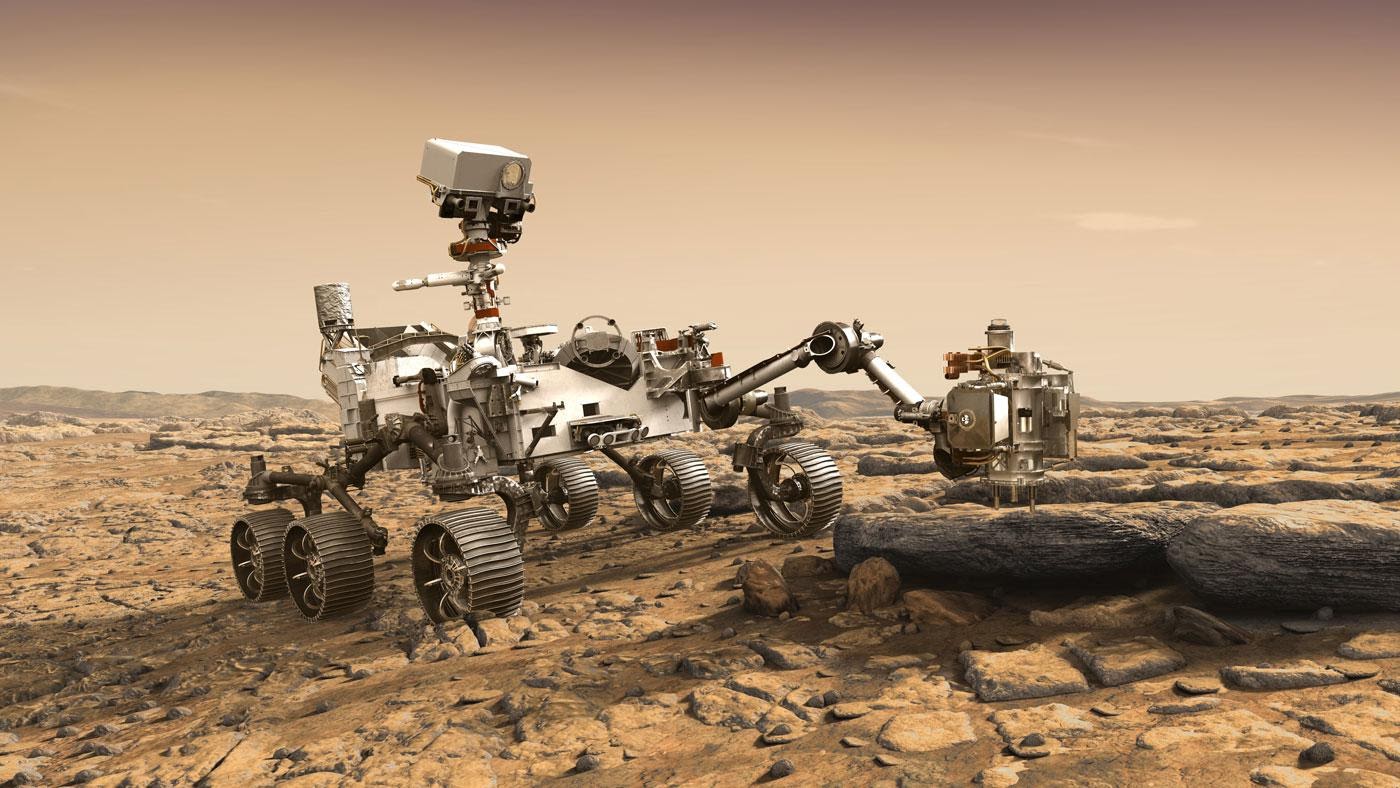 As a twin experience in a terrestrial analogy of Mars, the MEDA instrument is being tested and verified in the Teide Peak. This experience began in September 2020 with the deployment of the MEDA sensor in the Fortaleza area, in the Teide Peak (Figure 2), carried out by scientists from the Centro de Astrobiología (CSIC-INTA), Universidad de Alcalá (UAH), Instituto Geográfico Nacional (IGN) and Agencia Española de Meteorología (AEMET), and the technical support of the National Park and Volcano Teide. The MEDA instrument will log the environmental magnitudes at this site until November 2020, which will be compared to routine measurements taken from AEMET’s nearby stations such as direct normal irradiance, global radiation, diffuse radiation, aerosol optical depth, Angström exponent for aerosols and meteorological parameters. These measurements will be helpful to verify and understand the atmospheric dynamics and relevant information registered by MEDA on the Red Planet’s surface. 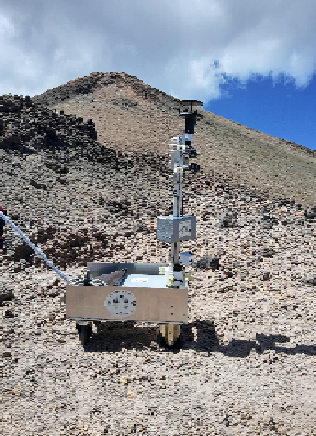