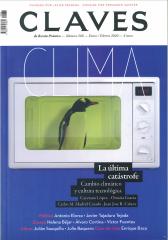 This article addresses the current situation on global warming and its climatic consequences, analysing the impacts and risks associated with reaching a global temperature increase of 1.5ºC or 2ºC in the present century, i.e., 0.5Cº or 1ºC over the current levels. These thresholds are not arbitrary, since they have been estimated as “tipping points” in the evolution of the Earth-atmosphere climate system. It also analyses, among other aspects, the role of urban areas in this scenario of climate change, as the main sources of greenhouse gases (GHGs) emissions, and the GHGs reduction paths needed to limit global warming to those above-mentioned tipping temperatures.

Although there is a high level of certainty about key aspects of global warming and its effect on our climate, it is essential to continue investigating the complex processes and mechanisms that govern the climate system. In this sense, the observations are fundamental. Establishing, and especially maintaining, global networks for monitoring the different components of the climate system is critical to know who is emitting, what, and its amounts, and how the system is responding to these additional contributions. In addition, these measures are essential to get more accurate estimates of climate change projections, i.e., to more precisely know how our climate will evolve in the near future. That is the basis for the development of effective and efficient policies for mitigating and adapting to climate change.

Globalization is also responsible for one of the main problems we face. The atmosphere is global, there are no barriers preventing the emissions of a country that affect the rest of the countries and, therefore, the whole climate system. This leads to temperature increase throughout the planet, and its climatic consequences, what constitute a global problem, extremely complex and with multiple implications, not only scientific ones, but especially socio-economic and, therefore, political. Possible solutions involve acquiring global commitments, hardly attainable in many cases. But society has also part of the solution in its hand, being more aware of its role and its power, especially, fighting to include mitigation and adaptation actions in political agendas, which must be implemented as soon as possible, and maintained at a long-term scale.

For more details about this work, please refer to: